BTC/USD seesaws around $36,700 during the late Sunday’s trading, after declining for three consecutive weeks in the last. In doing so, the Bitcoin pair makes rounds to the 61.8% Fibonacci retracement (Fibo.) of the quote’s upside from late January to February 10.

AVAX price has developed a new higher low on the Point and Figure chart, giving many Point and Figure traders the confirmation necessary to look at the long side of the trade. As a result of the current price action, a new probable long entry setup has appeared.

Crypto.com price action has seen the same rally off its lows that many cryptocurrencies have seen since Thursday. At present, CRO is halted up against the first of two resistance clusters that must be broken. A return to $0.50 would be the first step to returning to all-time highs. 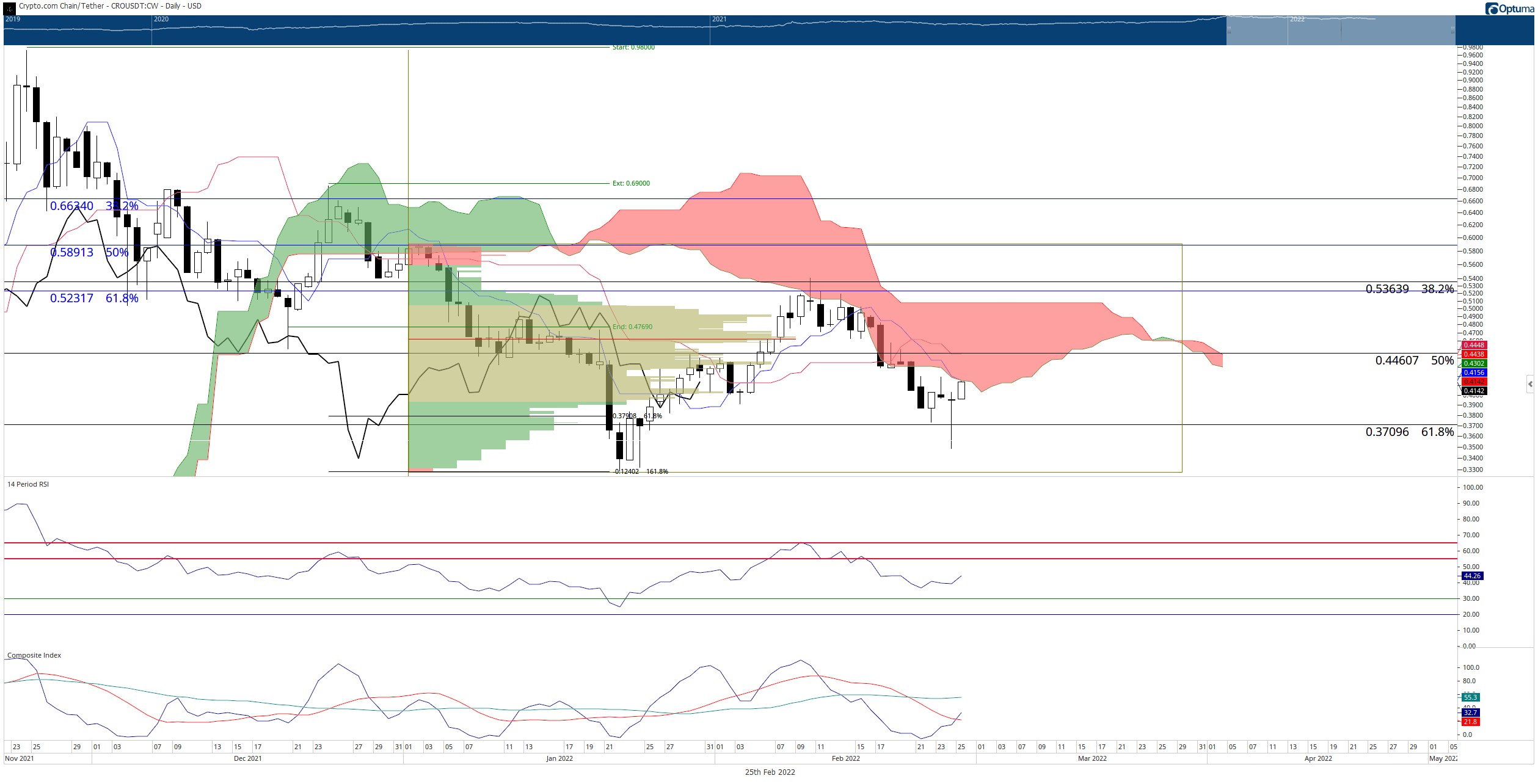