Bitcoin (CRYPTO: BTC), Ethereum (CRYPTO: ETH) and Dogecoin (CRYPTO: DOGE) are all trading higher in strong uptrends. An uptrend occurs when a stock consistently makes a series of higher highs and higher lows on the chart.

In an uptrend the “trend is your friend” until it’s not, and in an uptrend there are ways for both bullish and bearish traders to participate in the stock:

The Bitcoin Chart: Bitcoin reversed into an uptrend on March 14 and March 16, the crypto broke up from a descending channel pattern on the daily chart. The most recent higher low was printed on March 18 at $40,130 and if the crypto continues to trade above the level the uptrend will remain intact.

Want direct analysis? Find me in the BZ Pro lounge! Click here for a free trial.

The Ethereum Chart: Like Bitcoin, Ethereum reversed into a possible uptrend on March 14 and broke up from a descending triangle the following day. Ethereum hasn’t printed a higher low to confirm the trend, but may be in the process of printing one on Sunday. 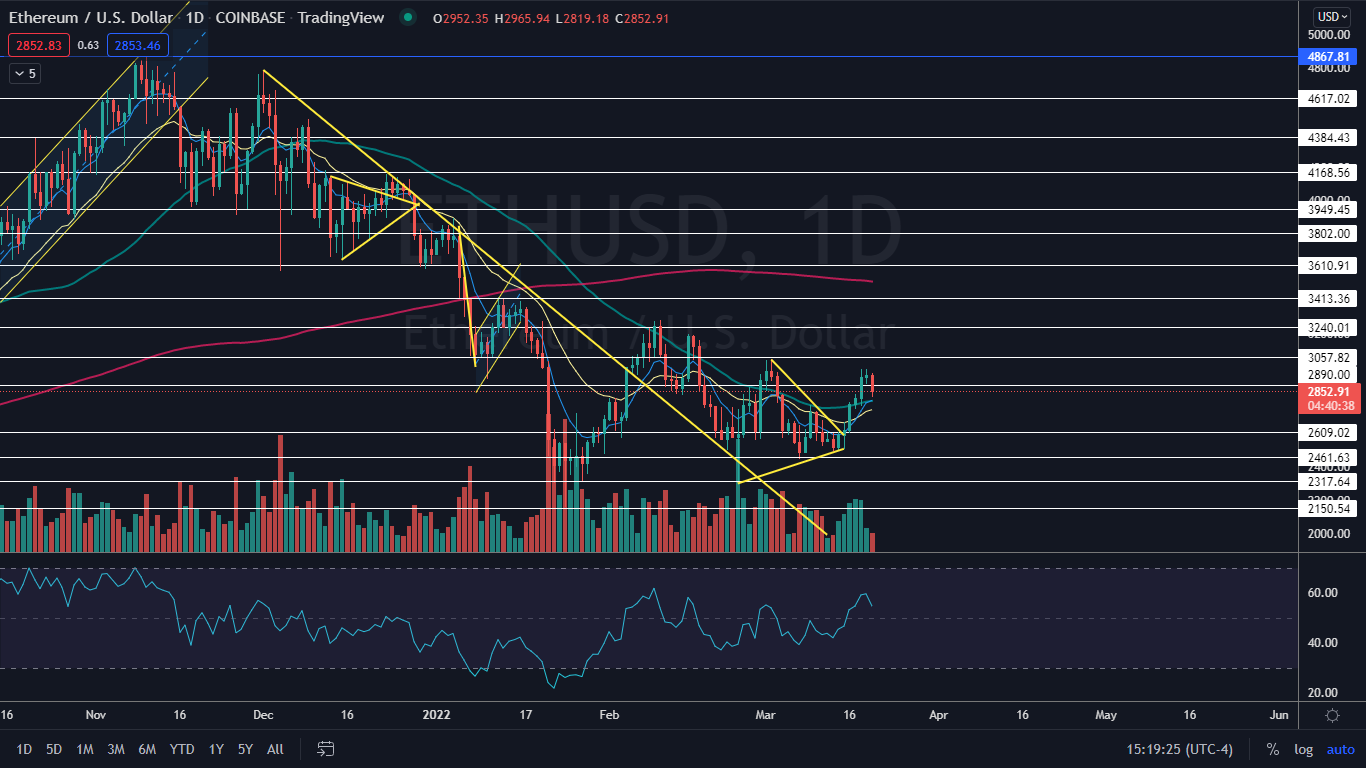