As Ethereum continues to lay the groundwork for its hotly anticipated transition to proof-of-stake (PoS), the network hit a major milestone on Tuesday with the launch of the Beacon Chain on the Ropsten test network (testnet).

The Beacon Chain is a proof-of-stake network that runs in parallel with Ethereum’s proof-of-work mainnet. It serves as a sort of practice area for Ethereum’s upcoming shift in consensus mechanisms, which will see the two chains “merge” together to become a single PoS network (hence, “the Merge”).

Developers expect the update to cut the network’s energy use by 99% and help Ethereum scale. By the most recent estimates from Ethereum co-founder Vitalik Buterin, the much-delayed Merge is currently slated for sometime in August.

With the launch of the PoS Beacon Chain on Ethereum’s oldest testnet, the stage is set for what Ethereum core developer Tim Beiko is calling the Merge’s “first dress rehearsal.”

Ethereum’s longest lived PoW testnet is moving to Proof of Stake! A new beacon chain has been launched today, and The Merge is expected around June 8th on the network.

Node Operators: this is the first dress rehearsal💃https://t.co/0fDHObLOmn

Within the next few weeks, Ropsten will undergo a merge identical to the one that will ultimately take place on Ethereum’s main network. It will be followed by additional merges on other Ethereum testnets.

Should these tests succeed, they will be the best sign yet that the Merge is, at long last, around the corner.

Ethereum may finally be in the home stretch of its race (or jog) toward the Merge, but a security hiccup last week called a “reorg” briefly threw the network’s preparedness into question. The incident didn’t wind up having any serious consequences for users, but it highlighted the complexities that come from running a network without centralized control.

If enough workers come to the consensus that a given block is valid – meaning it contains only legitimate transactions – that block is added to the chain, and the process repeats.

Reorgs occur when some of a network’s validators (or miners) hold a different view on which block was last added to the blockchain. It leads to a situation where the network branches into two parallel chains – each adding new blocks in parallel with the other.

Ethereum’s recent “reorg” took place on the Beacon Chain. Though users can “stake” ether to become validators on the Beacon Chain, the chain won’t process user transactions until it merges with Ethereum’s mainnet. For this reason, the incident didn’t have a significant impact on users.

Reorgs can happen for a variety of reasons. In this case, some Beacon Chain validators were using updated software that enabled them to process blocks faster than some other validators. That led to some confusion between validators on which blocks had been added to the chain, causing a brief split in the network.

The Ethereum beacon chain experienced a 7-block deep reorg ~2.5h ago. This shows that the current attestation strategy of nodes should be reconsidered to hopefully result in a more stable chain! (proposals already exist) pic.twitter.com/BkQrKuUlw1

Eventually, validators converged on one “correct” chain and abandoned the other. The discrepancy was quickly resolved – but not until seven blocks had already been added to the rogue Beacon Chain offshoot.

Once validators came to an agreement on which chain to follow, it was business as usual; new blocks were issued onto the correct, canonical chain, and any transactions that made their way onto the other chain were relegated to new blocks.

No harm, no foul, right? Not so fast. Reorgs can be exploited by bad actors to engage in malicious activities like double spending. They can also lead to rejected transactions, which is a major user experience bummer. Blockchains actively try to avoid reorgs, and last week’s Beacon Chain reorg was the longest Ethereum has experienced in years.

Thankfully, last week’s reorg doesn’t appear to have meant much for Ethereum in the long run. Had all validators updated their client software as recommended (as will be required by the time of the Merge), the reorg kerfuffle wouldn’t have taken place at all.

Nevertheless, the incident posed a stark reminder of what’s at stake should Ethereum’s Merge go sideways. With so many participants expected to participate as validators on Ethereum’s proof-of-stake chain, it also underscored the coordination challenges faced by Ethereum’s core development team as it works to roll out an update to thousands of unique network operators.

The following is an overview of network activity on the Ethereum Beacon Chain over the past week. For more information about the metrics featured in this section, check out our 101 explainer on Eth 2.0 metrics. 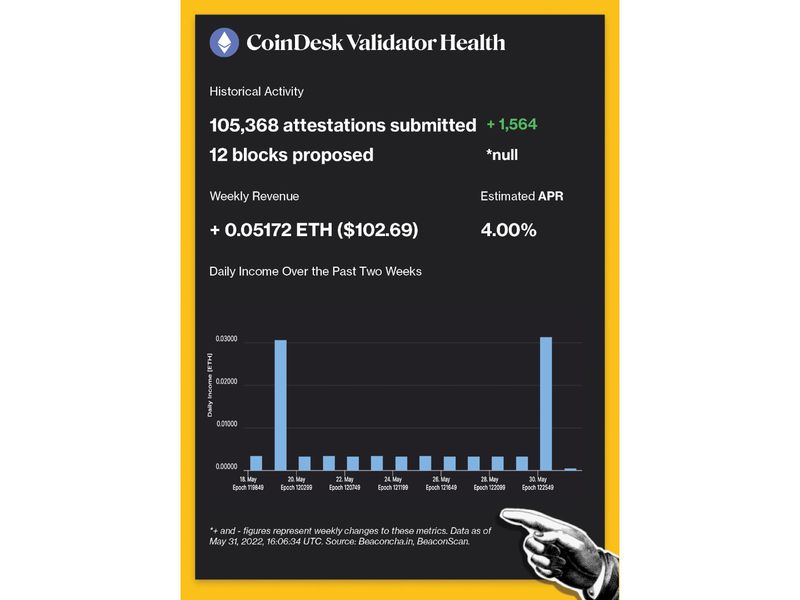 Disclaimer: All profits made from CoinDesk’s Eth 2.0 staking venture will be donated to a charity of the company’s choosing once transfers are enabled on the network.

Uniswap has processed more than $1 trillion in lifetime trading volume.

Polkadot is adding Lido’s liquid staking to its network of blockchains.

PoolTogether, a DeFi startup, is using non-fungible tokens (NFTs) to crowdfund its legal defense against a lawsuit brought by a former Elizabeth Warren staffer.

Factoid of the week 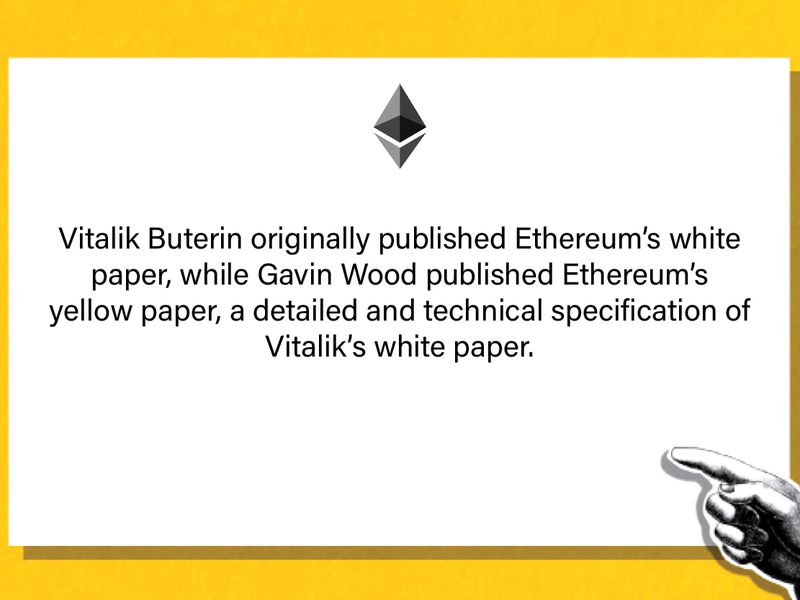 Valid Points incorporates information and data about CoinDesk’s own Ethereum validator in weekly analysis. All profits made from this staking venture will be donated to a charity of our choosing once transfers are enabled on the network. For a full overview of the project, check out our announcement post.

You can verify the activity of the CoinDesk Eth 2.0 validator in real time through our public validator key, which is:

Search for it on any Eth 2.0 block explorer site.